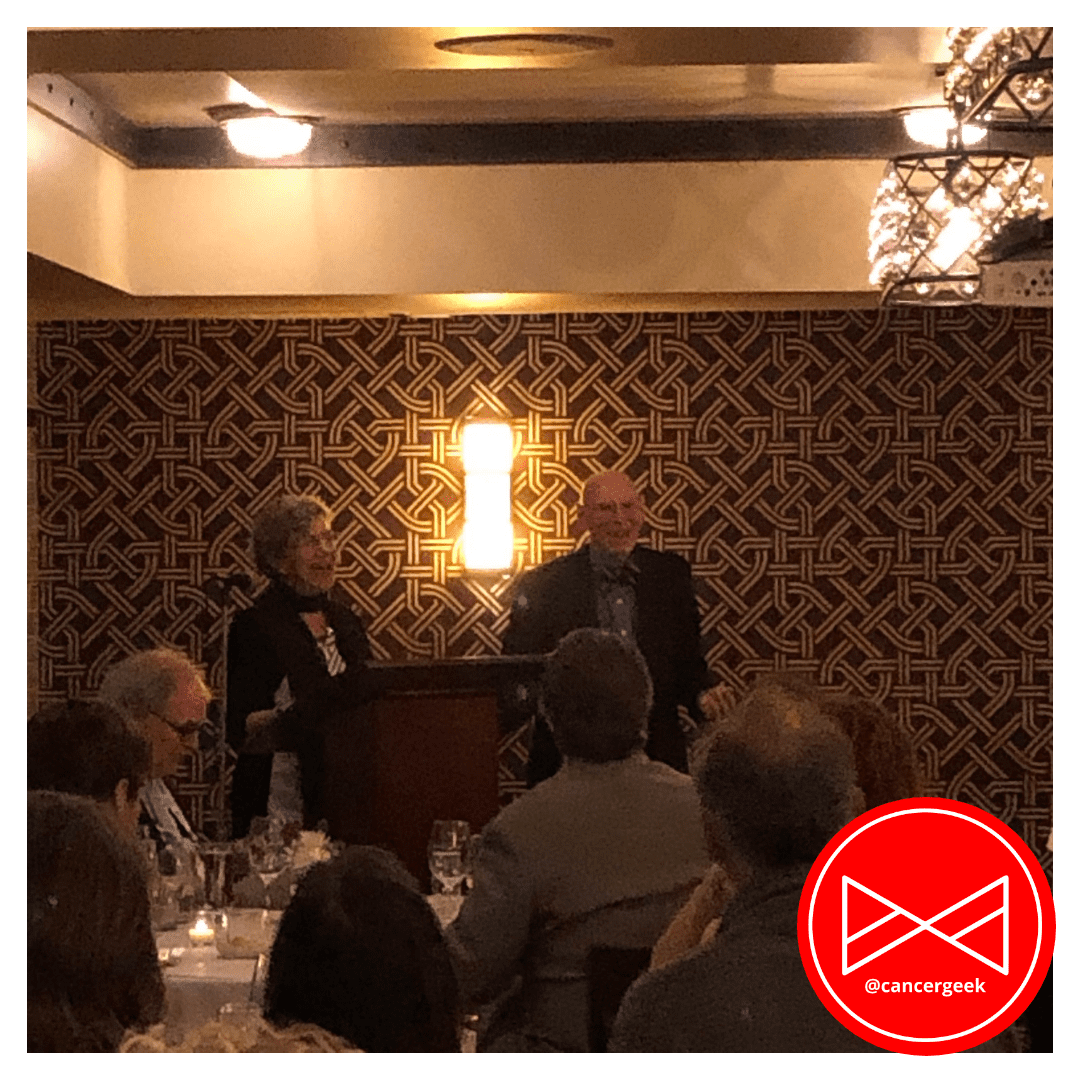 Posted at 08:54h in Uncategorized by cancergeek 0 Comments
0 Likes

Last Sunday, November 25th, I had the privilege of attending RSNA. It is an annual pilgrimage to Chicago, the McCormick Center, facing the cold, and gathering with many of my friends and colleagues in the world of Radiology and Medical Diagnostics.

This year was especially unique since it was the first time in nearly a decade in which I did not have to sit in a booth, meet with customers, and try to sell equipment. I had the privilege of attending the sessions, interviewing vendors, and making it my own introspective journey into the world of radiology and medical diagnostics.

I have always been fascinated by the meetings that happen after the meeting (meaning the late night gatherings in which the real magic happens). I have the privilege (and responsibility) of being accepted into a community that allows me to see beyond the curtain of Oz and into the human side of Radiology.

This year was even more magical.

Whether it was attending RadXX, meeting with radiology leaders, the future of radiology with members from YPS and residents, the high point of this year happened during the Journal of American College of Radiology Editor’s Meeting.

I had the privilege of witnessing the changing of the guard of the JACR from Dr. Bruce Hillman to Dr. Ruth Carlos.

I have had the honor of getting to know Dr. Bruce Hillman for the past few years.

He has a breadth of knowledge, has been fortunate to see many of the firsts in radiology throughout his career, and has a body of work that was captured in a wonderful commemorative hardcover book containing his Editor’s Pages from 2004–2018.

Dr. Hillman, or as he requests of me, Bruce, is at the very top of my list of people that inspire, drive, and reminds me of the importance of having a voice. I look at his body of work and am in awe. Not only is he a prolific writer and editor, but he has been responsible for shaping, guiding and articulating the voice of Radiology for all of the years.

My first meeting with Bruce was immediately after exiting stage left of the Moreton Lecture in 2016. At the time he wasn’t aware of the chaos, worry, and concern that many had in the previous 24 hours between Dr. Emanuel leaving the stage and I preparing to take it.

Bruce was kind, soft-spoken, and direct.

In the years since, Bruce has been one of the few people I look to as a framework to help me consider where I want to go, how to build a body of work, and how to do it with dignity, class, and respect.

Bruce has had to have some very direct conversations with me. He has had to give me his own dose of “tough love.” He has reminded me of the importance of transparency, self-awareness, and self-management.

That feedback is a gift.

It is a gift that Bruce has given to me, and he has given it to so many of us over the course of his career.

While my words, my pen, and my paper may not be as articulate, precise, or impactful as Dr. Bruce Hillman’s, I can only hope that they transfer the respect, admiration, and love that I have for him and his family.

In a world filled with mediocrity, Dr. Bruce Hillman has been the exception.

Bruce showed me, all of us, that with a pen and paper, it is possible to transcend time and space.

Writing, as Bruce has done for years, like delivering care at the N of 1, scales.